Learning How to Cook Shrimp Is Easy

How to Cook Shrimp

Defrosting: Thaw shrimp in the refrigerator and allow 12 to 24 hours to defrost Individually Quantity Frozen (IQF) shrimp. Placing the meat in a pot of cold water is a quick alternative when cooking frozen shrimp. Never defrost in hot water, a warm oven, or a microwave as this will partially cook the meat and make it tough. The meat should smell like sea air with no trace of acid or ammonia.

Shelling (before or after cooking): Heads are removed before the shrimp are sold. Pull off the legs gently. Hold onto the tail while gently removing the shell around the body with your fingers. The tail and a small bottom portion of shell will remain. Leaving the tail improves presentation and helps with finger eating for shrimp cocktail. If desired, simply twist the lower body and tail to remove both. The shell imparts flavor to the meat if left intact.

De-veining (can remain): After removing the shell, make a shallow cut lengthwise down the outer curve of the shrimp's body. The dark ribbon-like string running lengthwise along the shrimp's back is the intestine. Pick out the vein with a utensil or fingers. Rinse the shrimp under cold running water. Sometimes the vein can be pulled out completely from the head or tail side with your fingers. In large shrimp the vein can become gritty. It's your choice to remove or keep intact. How to cook shrimp is really quite simple.

Butterflying: After peeling, start by cutting along the outer curve from the tail forward, making repeated shallow cuts and spreading the meat apart as you go. Leave just enough meat intact to keep the two sides connected. Devein the shrimp as you butterfly, rinse thoroughly. This technique is effective for grilling and broiling.

How to Cook Shrimp - Cooking Tips

Boiling: This is the most popular method of cooking frozen shrimp. Bring water to boil at about 4 cups per pound. Throw in a handful of thawed shrimp. When shrimp are cooked the meat will become opaque and their skin will turn bright pink/orange and float to the top. Immediately remove the shrimp and place in ice . Cooking time varies from one to three minutes depending on size. Add seasonings and flavored fluids to boiling water as desired. 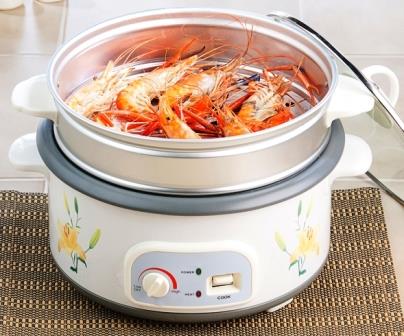 Steaming (our favorite): Choose a large pot with a lid and any simple collapsible steaming basket. Once the water starts to simmer, turn the heat as low as possible, set the shrimp-filled steamer basket in the pot, then cover and cook until the shrimp meat turns opaque and the skin or shell turns bright pink/orange. Immediately remove the shrimp and place on ice. Add seasonings and flavored fluids to boiling water as desired. Steaming ovens are a great alternative. We have had success learning how to cook shrimp directly with both methods.

Broiling or Baking: Can be accomplished with shell on or off. It's always best to marinate or drizzle a mixture of fluid and or oil before cooking. Butterflied shrimp will cook quickly. We recommend broiling with the shell on to protect the meat and add extra flavor. Cook until the shrimp meat turns opaque and the skin or shell turns bright pink/orange. Watch carefully as broiling can quickly toughen the meat. Serve hot or warm. If cooking stuffed shrimp, wait until stuffing begins to bubble. 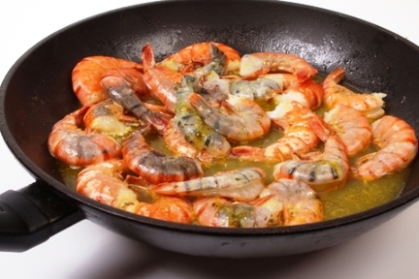 Pan Frying (scampi): Cook with olive oil, coconut oil or butter. Add shrimp (shell on or off) and desired seasoning. Cook 3 to 5 minutes or until meat turns opaque and shell or skin turns bright pink/orange. Serve hot or warm. Scampi is Italian for Norwegian lobster tail. Here in the US it is now become to mean, shrimp or prawns pan fried in butter and garlic. 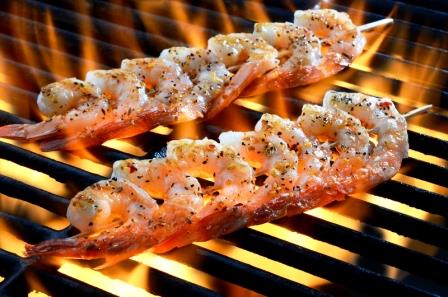 Grilling: It's best to use a grilling basket or skewer the shrimp. Skewer multiple shrimp together laterally on multiple skewers. Marinate or coat with your favorite oil or fluid. Always use low heat.  Grill 3 to 5 minutes or until meat turns opaque and shell or skin turns bright pink/orange. Serve

Brining Shrimp: When learning how to cook shrimp this technique is used to increase the crispiness and flavor of shrimp by leaching out some of the shrimp's surface moisture. Depending upon taste and size of shrimp we recommend the ratio of 1 cup of sea salt to 2 cups of water. Cover shrimp for 30 to 60 minutes. Drain, rinse and dry. Grill or fry shrimp only.

Cooking frozen shrimp is really quite easy and fun.

Top - How to Cook Shrimp

Eagle Home › How To Cook Shrimp
[?]Subscribe To This Site

Products We Use and Trust 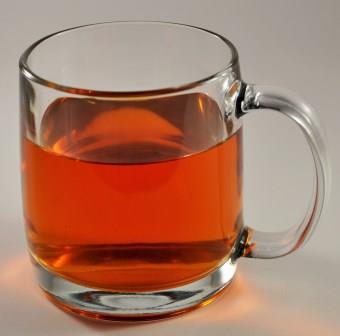