What Do  Shrimp Eat - Eaglewood Has The Answer

What do shrimp eat?

With thousands of shrimp species, many with different life cycles, many living in different parts of the world in dramatically different ecosystems, we will answer the question in general terms in the larval and developed (adult) stages. Simply put, shrimp are opportunistic omnivores eating both plants and animals (dead and alive) which are nearest and easiest to grab and ingest.

Larvae Stage (Wild)
Having no control over movement, larvae shrimp consume whatever they drift with, namely plankton. Plankton is generally defined as microscopic plants and animals which drift on the ocean currents but not at extreme depths. It may consist of algae, bacteria, and single cell plants or animals and detritus (dead animals, plants or parts thereof).

(Farmed)
Typically farmers promote algae growth in ponds with fertilizers. Sometimes water loving plants such as rice are planted to offer detritus and to promote the growth of small animals and plants.

Developed Stage (Wild)
Many species migrate to shallow and brackish waters foraging on the bottom. They consume plant detritus, worms, decaying animal parts such as clams, fish and snails. As they move about they promote the growth of algae. Many species are cannibalistic.

(Farmed)
As they forage on the bottom they consume plant detritus, worms, decaying animal parts such as clams, fish and snails like their wild counterparts. With normal bottom surface movement shrimp stir up the bottom silt promoting the growth of algae. Some species are cannibalistic and are grown in less dense ponds. By far, most food is introduced as fish food pellets or brine shrimp and fed at prescribed amounts per weight of growing shrimp. The bulk of farmed shrimp are from the Pacific Rim.

Top - What Do Shrimp Eat

Products We Use and Trust 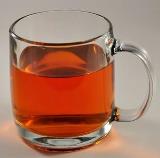